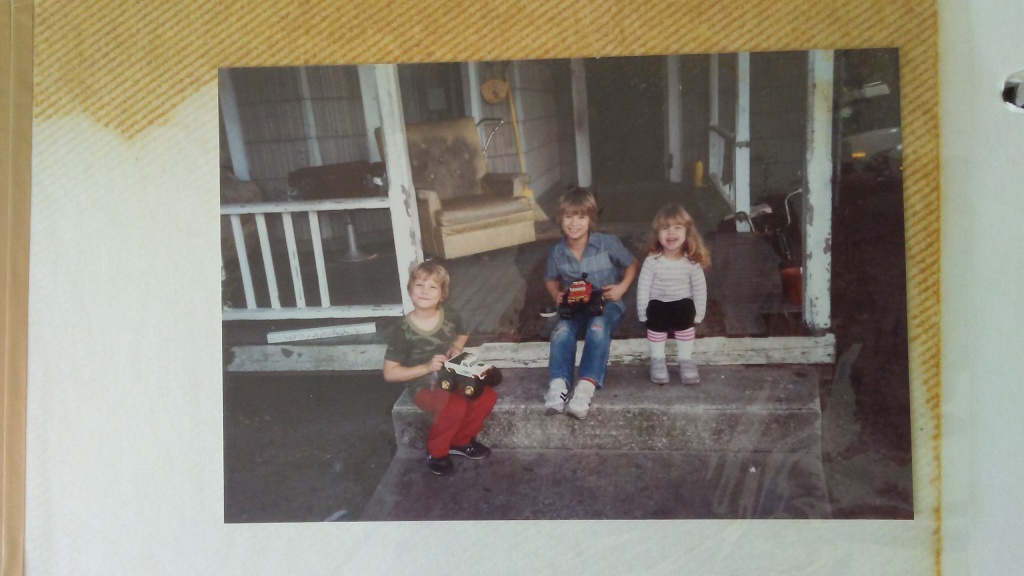 I’m thinking today about how our pasts find their way into our fictions—both the ones we write and the ones we hold inside ourselves.

My book Ghost Wood Song was inspired by the places I grew up—a drafty, haunted house in a declining neighborhood and then a single-wide trailer on five acres of planted pine. The book’s story couldn’t be picked up and put into a different location; North Central Florida and the places where people like my family live are its home.

While my sister was reading an early draft of the book, she said, “I’m just waiting to see how many more family secrets you put in here.” Because I did—not obviously and not even intentionally, but my childhood worked its way into the book, with its fears and its hopes and its loves.

But that same past wove itself into a different kind of fiction—the beliefs about myself and the world that formed the basis of my identity as a young person. There’s a peculiar experience of growing up poor and then spending the rest of your life around people who didn’t. It starts in college—being the only one worrying about how to pay for basic needs, going without dental care, wondering if you’ll ever be able to pay off those student loans you’re racking up.

But it’s not only financial—you have a constant sense of being behind, of having gaps in your education and knowledge. For years, through college and then two graduate programs, I thought my upbringing was a weakness because it felt like I was working twice as hard as everyone else to achieve just as much. It felt like I would never learn to walk like I belonged there.

Iranian author Azar Nafisi wrote that “what we search for in fiction is not so much reality but the epiphany of truth.” My book is a YA fantasy novel about a girl with a ghost-raising fiddle, but it’s also a book about letting go of the fictions that harm us, about rewriting the stories that have kept us in the dark.

How I Got My Agent →